It’s the St. Aristides Day edition of the Friday Files, your weekly addition to your pile of stuff to read. Or if you’re voracious like me, finally something new. Except it’s not new, innit? But if you didn’t see it four years ago, it’s new to you.

The articles’ views don’t necessarily express the views of SEA, Christianity in general, nor the Holy Spirit himself; but y’know, freedom of speech. Authors who are SEA members get their names in blue, and if the summaries are inaccurate it’s because it was foreordained from the beginning of time K.W. Leslie would get them wrong, so in a ontological sense he entirely bears the guilt, but on a subconscious level he no longer really believes this, and feels great relief that God planned for him to be such a screwup. (Y’see now why Calvinism has its fans?) 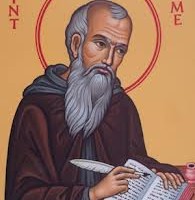 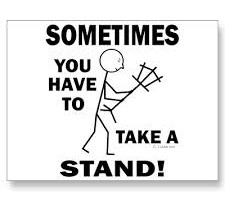 “Why being a Calvinist is awesome.”
Martin Glynn, 20 May 2013
[Satire] Nine great reasons it’s fun to be a Calvinist.
Read Post at The JC_Freak →

Roger E. Olson’s articles.
Read Posts at Patheos →
• “Is the problem Calvinism or Fundamentalism (or the combination)?”
[2/4/14] Olson’s primary problem with Calvinism is its “fundamentalist ethos”—it fixates on its favorite doctrines, and apostasizes everyone who can’t agree.
• “Does God change?”
[4/6/14] God’s immutability isn’t about his actions, but his character.
• “My response (finally!) to John Piper’s AskPastorJohn episode 238 (about me).”
[3/8/14] It was civil. Olson just wishes Piper would stop misrepresenting Arminianism as free-will-centered.
• “John Piper, Jonathan Edwards, Austin Fischer, and God.”
[3/10/14] If God foreordained all, that includes sin, so sin is God’s fault. True, no Calvinist believes nor teaches this, as Austin Fischer’s recent book points out, but John Piper objects as if that’s what Fischer claims.

“Arminius on the divinity of the Son of God.”
Jakob Hermanszoon, posted 26 February 2014
Jesus’s titles, actions, and his descriptions in the scriptures, clearly indicate he’s God.
Read Post →

“In consideration of Calvinism.”
Ronnie Rogers, 6 February 2014
In evaluating Calvinism, we need to look at the tendency to speak in doubletalk, whether the scriptures really do defend the Calvinist worldview, and whether there’s a more accurate alternative.
Read Post at SBC Today → 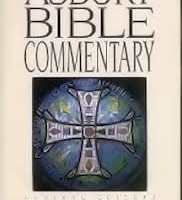 “The extent of the atonement and preaching, evangelism and missions.”
David Allen, 1 October 2013
Allen’s lecture on the topic for Liberty University’s Biblical Studies Symposium.
Watch Video at Liberty University →

This isn’t new information, but sometimes we gotta remind people our members crank out a lot of new content. You wanna keep up with it, but don’t wanna flip through 20 different websites checking to see whether they’ve posted anything new today? You need a feedreader or news aggregator. Like Feeder, Feedreader, Feedly, G2Reader, Inoreader, NewsBlur, and The Old Reader. Find the sites’ RSS or Atom feeds, add them to your feedreader, and whenever there’s something new, the feedreader will let you know.