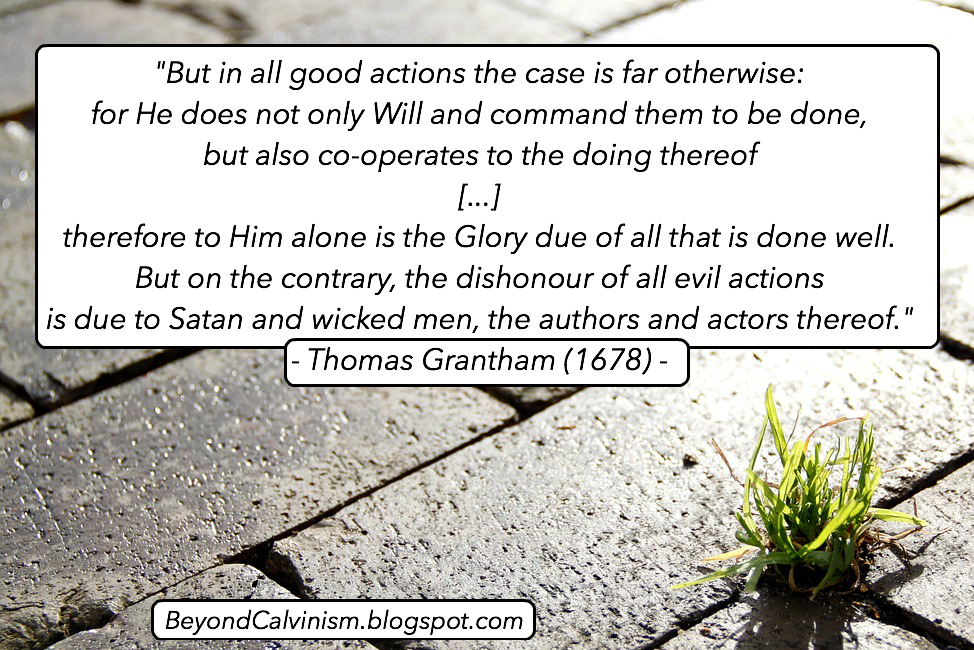 Nothing can be done without God’s Providence, though contrary to His Will.

How much the holy Will of God is contradicted, by the instigation and actions of devils and wicked men, is so notorious throughout the Word of God, and the whole world, that it needs no demonstration, seeing it is impossible for Him that is perfectly good to Will any wicked thing. Jer. 2:5, “What iniquity have your fathers found in me?”. Jam. 1:13-14, “God tempts not any man, but every man is tempted, when he is drawn away of his own lust, and enticed.” It is granted, by those that hold the secret Will of God dissonant from us (which because secret we shall not dispute):

To all this we willingly subscribe. But to call God’s permission his “Will” we suppose to be dangerous, for though He permit or suffer men to do evil, yet He in no wise “Wills” it, but Wills the direct contrary; as appears in His severe threatening of Adam, and in him all mankind, with death if he did contrary to His Will (Gen. 2:17). The like to Noah and his sons (Gen. 9) and in them all generations of men that were to succeed them. How frequently does He rebuke His ancient people the Jews for this, and would divert them from that which is contrary to His Will (which yet He permitted) with great entreaty: Jer. 44:4, “O do not this abominable thing, which I hate”. To which agrees the consent of all Holy Writers resulting in this, “that this is the Will of God, even your sanctification; and that you abstain from fornication”, 1 Thess. 4:3.

2. When we say that nothing comes to pass without God’s providence, we do not mean (as some) that “God hath eternally determined, and that unalterably, all things to be that have been, and that all things are determined by Him which are; and that all things shall be”. For who dare once imagine that God should unchangeably decree, or decree at all, the manifold acts of villainy that have been, are and will yet be done in the world: this must unavoidly make Him the author of sin, and men and devils the executors only of His decrees, which God forbid. 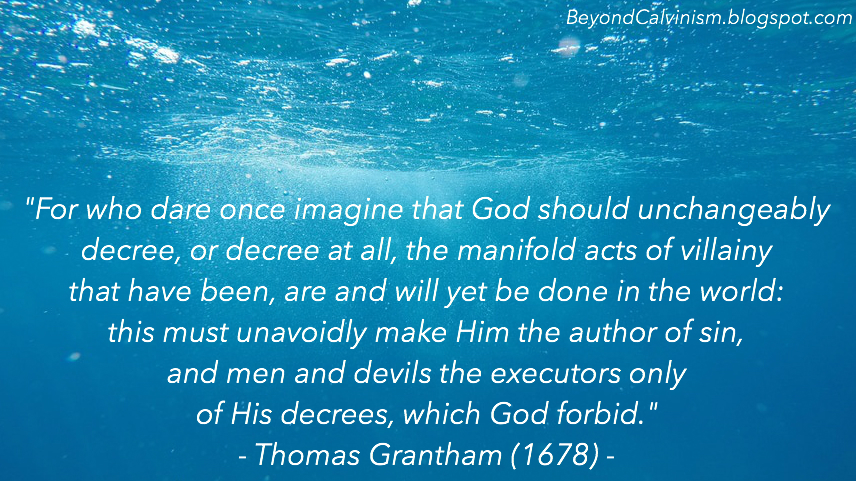 And though it is true, that a sparrow falls not to the ground without His providence, i.e. not without His permission; yet has He not decreed eternally that it shall be at such or such a time, or in any cruel way, as it often falls out directly contrary to His Will (Deut. 22:6). It has pleased God so to constitute the creation, especially mankind, as that he is capable of doing well or ill, and has left him to a certain kind of liberty and power in his actions; and how he will exercise the same is not unknown to God; yet man is not inevitably compelled (ordinarily) to do this, or forcibly restrained from doing that.

We therefore say that the providence of God, without which nothing is done, is only His fore-knowledge and permission in respect of all the wickedness which is done, and after that manner may He only be said to determine in cases of that nature; that is, He determines not to hinder by his restraining such iniquity, knowing how to advance His Glory another way, even by punishing the disobedient: Lev. 26:23-24, “And if you will not be reformed by me, by these things, but will walk contrary unto me; then will I also walk contrary unto you, and punish you yet seven times for your sins”.

But in all good actions the case is far otherwise: for He does not only Will and command them to be done, but also co-operates to the doing thereof: “It is he that works in you, both to will and to do of his good pleasure”. Isa. 26:12, “O Lord, thou will ordain peace for us, for thou has wrought all our works in us”.

“I can do all things through Christ strengthening me”. Heb. 12:1-2, “He is the Author and Finisher of our Faith”. John 15, “For without me you can do nothing”. And therefore to Him alone is the Glory due of all that is done well. But on the contrary, the dishonour of all evil actions is due to Satan and wicked men, the authors and actors thereof. 1 Sam. 24:13, “Wickedness proceeds and comes forth from the wicked, as faith the proverb of the ancients”. John 8:44, “You are of your father the Devil; and the lusts of your father you will do. He was a murderer from the beginning, and abode not in the truth, because there is no truth in him. When he speaks a lie, he speaks it of his own, for he is a liar, and the father of it”.

The full book is available in its original English here (I have updated some of the language in the above for readability).

I first heard of Thomas Grantham through J Matthew Pinson’s article, Thomas Grantham’s Theology of the Atonement and Justification. In his introduction of Grantham, Dr Pinson writes:

Grantham recalled that the “Lord wrought faith and repentance” in his heart when he was around fourteen or fifteen years of age, and at age nineteen (1653), he joined a small General Baptist church in Boston, Lincolnshire, and was baptized by immersion, as had been the practice of the General Baptists since approximately 1640. Three years after his baptism, in 1656, Grantham was chosen as pastor, which involved him in preaching in his own town as well as neighboring villages. This activity brought persecution upon Grantham and others. […M]any General Baptist leaders soon found themselves imprisoned. Grantham himself was in and out of jail during the 1660s, which occasioned his tract The Prisoner Against the Prelate (1662). In 1666 he was elected a messenger “by the consent of many congregations, and ordained . . . by those who were in the same office before [him],” in essence a roving minister who helped plant churches, gave counsel to local churches and associations, and assisted in the ordination of ministers. Grantham then began to establish himself as an author, debater, and pamphleteer. He debated Roman Catholics, Anglicans, Quakers, Presbyterians, and Particular Baptists, and gained a reputation as an able and articulate spokesman for the General Baptists.