Home Arminianism A Quiz for Your Calvinist Friends (Satire)

A little quiz for your Calvinist Friends. Inspired by the ever resourceful JC Thibodaux and by a Calvinist dude named Jay Banks. Enjoy.

Genesis 25:23 The LORD said to [Rebekah], “Two nations are in your womb, and two peoples from within you will be separated; one people will be stronger than the other, and the older will serve the younger.”

Q: What was in Rebekah’s womb?

A. Two nations and two peoples.
B. One elect person and one reprobate person.
C. Don’t even try to refer to the Old Testament for your exegesis of Romans 9. Heretic.

Ezekiel 18:23 Do I take any pleasure in the death of the wicked? declares the Sovereign LORD. Rather, am I not pleased when they turn from their ways and live?

Q: How much pleasure does the Sovereign Lord take in the death of the wicked?

A. No pleasure
B. Much pleasure
C. No revealed pleasure, but lots of secret pleasure.

Matthew 23:37 O Jerusalem, Jerusalem, you who kill the prophets and stone those sent to you, how often I have longed to gather your children together, as a hen gathers her chicks under her wings, but you were not willing.

Q: Why didn’t Jesus gather up those in Jerusalem, when he longed to?

A. Because they were not willing.
B. This is a mystery.
C. Hello pea brain. Jesus was speaking of general chicks, not effectual chicks.

Luke 10:30-37 [The story of the good Samaritan – the priest and Levite “pass by” the traveler, the Samaritan stops and helps.]

Q: Which of these three do you think showed mercy?

A. The Samaritan. Go and do likewise.
B. The priest and the Levite showed mercy by passing by.
C. Each person showed a different kind of mercy. If all had stopped to help, the act of the Samaritan would have been diluted.

John 3:16 For God so loved the world that he gave his one and only Son, that whoever believes in him shall not perish but have eternal life.

Q: Who will not perish?

A. Whoever believes in God’s only son.
B. Let me get back to you on that, I need to look up the answer on “Desiring God”.
C. Francis Schaeffer won’t perish, but his kid Franky was decreed to go off the deep end.

Acts 16:30,31 [The jailer] then brought them out and asked, “Sirs, what must I do to be saved?” They replied, “Believe in the Lord Jesus, and you will be saved—you and your household.”

Q: What must I do to be saved?

A. Believe in the Lord Jesus, and you will be saved.
B. Win the divine lottery.
C. The jailer was a Pelagian.

Romans 11:32 For God has bound all men over to disobedience so that he may have mercy on them all.

Q: Who does “all” refer to in this verse?

A. All
B. The elect
C. An unbiased reading of the text shows that the first all refers to everyone and the second all refers to only the elect.

1 Timothy 1:18,19 Timothy, my son, I give you this instruction in keeping with the prophecies once made about you, so that by following them you may fight the good fight, holding on to faith and a good conscience. Some have rejected these and so have shipwrecked their faith.

Q: Paul says that some people have done what with their faith?

A. Some have shipwrecked their faith.
B. This is a hypothetical analogy with no real world application. It is merely used by God to ensure the perseverance of the elect.
C. Nice try. Obviously the ship was never floating in the first place.

1 Timothy 2:4 [God] wants all men to be saved and to come to a knowledge of the truth.

Q: Who does God want to be saved?

A. All men
B. All men, but no women.
C. God really wants all men to be saved, but only in such a way that he damns most in order to maximize his glory.

1 Peter 1:1,2 Peter, an apostle of Jesus Christ, To God’s elect, strangers in the world, scattered throughout Pontus, Galatia, Cappadocia, Asia and Bithynia, who have been chosen according to the foreknowledge of God the Father, through the sanctifying work of the Spirit, for obedience to Jesus Christ and sprinkling by his blood: Grace and peace be yours in abundance.

Q: How are the elect chosen?

A. According to the foreknowledge of God the Father.
B. If you were elect you would already know the answer to this question.
C. Who are you oh man to talk back to Piper?

1 John 2:2 He is the atoning sacrifice for our sins, and not only for ours but also for the sins of the whole world.

Q: Jesus is the atoning sacrifice for what and what?

Revelation 3:20 Here I am! I stand at the door and knock. If anyone hears my voice and opens the door, I will come in and eat with him, and he with me.

Q: Which picture best depicts the above verse? 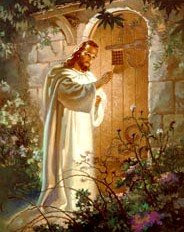 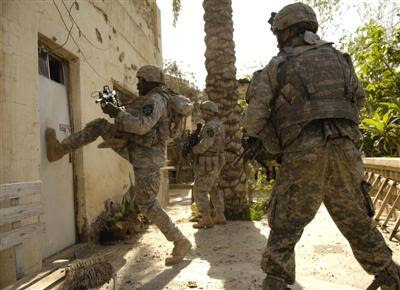 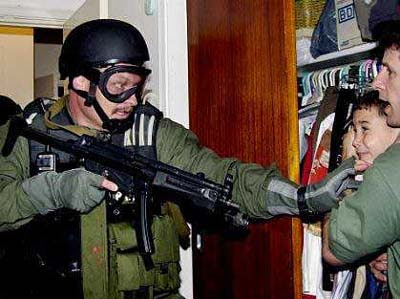