This book, as far as I know, is the very first translation into English of an old 1571 document written by a Christian father who, in the midst of the turmoil of war and exile, desired to educate his children in the fundamental doctrines of the Protestant Christian faith. He did this in a proven form of his day; a catechism.

A catechism is a summary of doctrine in the form of questions and answers commonly used for teaching children and new converts to Christianity. Basically, it is used to bring new believers in Christ “up to speed” with the fundamentals of faith. The main purpose for a catechism is so a new believer could continue to grow in their relationship with God without stumbling into many painful and dangerous doctrines that ultimately destroy one’s faith or draw one after gross errors.

I once was embroiled in a very harmful and dark form of doctrinal error called full preterism. Opponents of this error often refer to it as hyper-preterism. It is a very dark form of eschatology. Eschatology, of course, is a branch of theology that concerns itself with the study of the final events of history and the destiny of the human race. Most Christians might call this the study of Biblical prophecy and its fulfillment. However, full preterism teaches that the Second Coming of Jesus Christ actually occurred in the year AD 70 at the destruction of the Temple and Jerusalem by the Roman army. It teaches that all Biblical prophecy is fulfiled and there is nothing left in the Bible to be fulfilled. Yes, as crazy as that sounds, that is what I became convinced of. When I say, “all Bible prophecy,” I mean absolutely everything, like, all the book of Revelation is fulfilled; death is completely defeated; the resurrection of the dead has already happened; the Great White Throne judgment has already occurred; and yes, the New Heavens and New Earth have already come. Is that shocking enough for you? So, you may be wondering how in the world someone could come to believe such nonsense. Well, that’s another story for another book I’m working on.

Nevertheless, this gross doctrinal error gained power over my mind until I was completely consumed by it and could hardly think of anything else. This, I later discovered, is the very nature of gross error, or heresy, as it is often called. It is cruel. It feeds one’s desire for knowledge and turns it into a lustful obsession. This error began to undermine every single precious fundamental Christian doctrine of my life until nearly every one of them had been reinterpreted and grossly modified to fit my new paradigm. It caused me to feel isolated among Christian congregations. After all, I felt as if I had some deep theological secret that I couldn’t fully share. Or I felt my knowledge of Biblical eschatology was superior to all my siblings in Christ and my pastor and elders. I felt that if I shared this “truth” with anyone, I would be further ostracized, or worse, disciplined by my pastors and elders. I began to question everything called “Christian.” I was deceived and held captive by this doctrine for more than 15 years of my life. It was draining the life out of me. 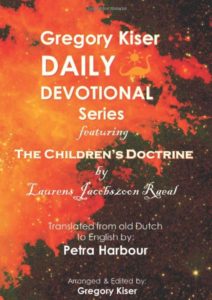 The good news is that I was never fully satisfied with what this error taught about the resurrection. This one thing was a persistent “rock in my shoe,” so to speak. I had read everything I could get my hands on written by other full preterists, but none of them had any satisfying answers that could counter the orthodox version of resurrection. Instead, like every other precious doctrine of orthodox Christianity, full preterism had to redefine the very core meaning of the words used. So, it merely redefined “resurrection” into something different. Or if it kept the meaning of resurrection, then it had to change Christian history. After all, if the resurrection of the dead supposedly happened in AD 70, why weren’t there any witnesses?!

It wasn’t until a co-full preterist acquaintance of mine, who happened to be an educated theologian (and a Calvinist, I might add) recanted his full-preterist position, that I finally found some relief. That is a long story, but suffice it to say, in not so many words, this friend of mine pointed me to study church history, the early church fathers, the ancient catechisms, confessions, and creeds.

This changed everything. I am fully convinced Jesus Christ, utilizing this Calvinist Christian brother and a thorough study of the history of the Christian Church, brought me out of that very dark place and back into the light. The old catechisms, confessions, and creeds came alive to me. I suddenly fell to my knees in praise and repentance. I had grossly distorted these well-studied fundamental and precious doctrines of Christ mainly through my ignorance of them. It gave me an undying love for them. I could see their importance for the first time. And I must admit, and am embarrassed to say, had I had these teachings in my life, I may never have wasted 15+ years of my life in that horrible darkness.

Now, I didn’t land in the Calvinist camp like my friend hoped I would but became a fully convinced classical Arminian and fan of Jakob Hermanszoon (b.1560, d.1609) more popularly known, of course, as Jacob Arminius. Arminius saw this doctrine of Predestination (as he called the doctrine of Calvinists of his day) as something completely novel. He writes:

This doctrine [Calvinism] was never admitted, decreed, or approved in any Council, either general or particular, for the first six hundreds years after Christ… Not in the General Council of Nice… Not in the first Council of Constantinople… Not in the Council of Ephesus… Not in that of Chalcedon… Not in the second Council of Constantinople… Nor in the third Council of Constantinople… But this doctrine was not discussed or confirmed in particular Councils, such as that of Jerusalem, Orange, or even that of Mela in Africa… None of those Doctors or Divines of the Church who held correct and orthodox sentiment for the first six hundred years after the birth of Christ, ever brought this doctrine [Calvinism] forward or gave it their approval. Neither was it professed and approved by a single individual of those who shewed themselves the principal and keenest defenders of grace against Pelagius… Lastly. This doctrine [Calvinism] of Predestination has been rejected both in former times and in our own days, by the greater part of the professors of Christianity.
– Jacob Arminius, “On Predestination”

Thus, in my study of Church history, and especially of the Reformation, I discovered many wonderful things to keep me grounded in my faith in Christ. I came to love, The Apostles’ Creed, The Nicene Creed, The Heidelberg Catechism, The Belgic Confession, etc. Those last two are often claimed by the Calvinists as their own, but Arminius confessed them and held to them himself, as they were currently stated in his day. The Calvinists of his day wanted to modify them so as to exclude Arminius’ views. But as they originally were written, Arminius agreed with them. Thus, I came to especially appreciate Arminius’ writings. This led to an even deeper dive into the life and history of this man. And in this study, I came across the document that this article is about, The Children’s Doctrine, in Old Dutch.

There were several things that make this document very interesting to me:

Once I acquired a copy of this document in Old Dutch, I tried to use every online tool I could find to translate it to English. But it was to no avail. The Dutch was simply too old for modern-day Dutch automatic translators. I obtained quotes from professional translators who said they could translate the Old Dutch to English, but they were very expensive.

Being therefore a member of the Society of Evangelical Arminians (SEA), I put a short message on one of our public forums on social media asking simply, “Does anyone know Old Dutch, or know someone who does, that could translate an old document into English for me? I am willing to pay.”

Matt Harbour responded very quickly stating that his wife, Petra, was a native-speaking Dutch and she was willing to take a look at it and see if she could translate it for me. I sent Petra the document, and she reviewed it and graciously offered to translate it.

Petra was very careful to stay true to the actual Dutch as it was written, even if it was difficult to render in English. We agreed that we didn’t want to accidentally misrepresent what Laurens was trying to say especially since this involved his theology and what he wanted to convey to his children. Petra was careful to render the introduction, which was written by Dr. Joh C. Breen, as accurately as possible and include his footnotes. And in Laurens’ document itself, she was very careful to also include her own footnotes where the translation needed to be clarified. I also added a note here and there in brackets myself where I deemed it necessary to help explain something. Further, I divided this entire catechism into a 30-day devotional style and at the beginning of each day’s reading, I added a verse or two from my personal daily confessions of Psalm 23, 91, and 103.

And so, here it is. It is available for purchase on Amazon (see here) as a self-published print-on-demand book. I am currently working on a Kindle version as well. I know I can safely say that we three (me, Petra, and Matt) pray that this old catechism (written in 1571) can be fully utilized by parents and Christian educators around the world to teach their children the timeless fundamentals of the Christian faith in order to keep their loved ones anchored to Christ so that they may never drift into such dark and cruel errors as I did. Amen.