In part 1, we examined Owen’s contention: Christ’s death does not make salvation possible. It actually and infallibly applies the benefits of the cross to everyone that Christ died for.

the [purpose] of our Saviour’s coming, … [was] namely, to “save sinners;” — not to open a door for them to come in if they will or can; not to make a way passable, that they may be saved; … but actually to save them … (Bk II, chap 3; emphasis added)

This is true, according to Owen, because that is what God, as a wise and powerful agent, wanted to achieve through the cross. God would fail to achieve his goal of saving sinners if anyone for whom Christ died did not have salvation applied. Given these premises, it logically follows that anyone who does not receive salvation was someone that Christ did not die for.

Begrudgingly admitting there is a distinction

The sum of all [who reject a limited atonement] comes to this, … Christ obtained redemption and reconciliation for all; [but] it is bestowed only on them who do believe and continue therein.

That there could be a distinction based on faith, in the eyes of Owen, is an idea full of “venom”. It has “no place in the intention and purpose of Christ.”  For Owen, God is not in the business of conditionally applying salvation.

the will of God is not at all conditional in this business, as though he gave Christ to obtain peace, reconciliation, and forgiveness of sins, upon condition that we do believe.

Despite these strong statements, Owen does begrudgingly admit that there is a distinction.

I shall, then, briefly declare, that although these two things may admit of a distinction, yet they cannot of a separation, but that for whomsoever Christ obtained good, to them it might be applied; and for whomsoever he wrought reconciliation with God, they must actually unto God be reconciled. (Bk II, chap 5)

Owen, of course, must allow for a distinction between the obtainment and application of salvation, because Scripture makes it clear that salvation is conditioned on faith.

In, Owen’s own words:

For so we affirm, in this very business: Christ procured salvation for us, to be bestowed conditionally, if we do believe  (Bk III, chapter 2)

In a separate work, The Doctrine of Justification by Faith (1677), Owen, writing against the Roman Catholic Church, argues for the importance of faith.

The means of justification on our part is faith. That we are justified by faith, is so frequently and so expressly affirmed in the Scripture, as that it cannot directly and in terms by any be denied.

And goes on to attest that salvation is applied after we believe.

the command and direction given unto men being, “Believe, and thou shalt be saved;”

To be fair, Owen’s admission of a distinction makes it clear that he does not think it is possible for spiritual blessings to be procured for someone who will not eventually have them applied. 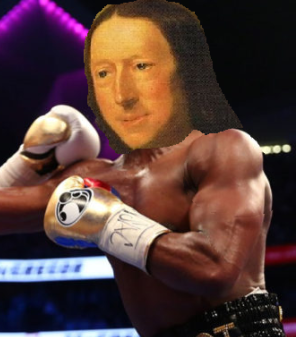 Owen’s defense of a limited atonement hangs on the principle that salvation is unconditional and only for the elect.

But, in acknowledging that salvation; which includes “justification, reconciliation, and adoption into the family of God”; flows from faith, Owen has undermined his argument.

In order to maintain his view, Owen must show us how the statement salvation is unconditional is compatible with the affirmation salvation is bestowed conditionally.

Owen’s does this by arguing that the condition upon which salvation is applied – faith – is a spiritual blessing.

Christ hath purchased remission of sins and eternal life for us, to be enjoyed on our believing, upon the condition of faith. But faith itself, which is the condition of them, on whose performance they are bestowed, that he hath procured for us absolutely, on no condition at all (Bk II, chap 4 emphasis added)

Although most (all but one) of the spiritual blessings that are procured through the death of Christ are applied conditionally; we, according to Owen, can conclude that all the blessings are actually and infallibly given without condition to the elect. We can draw this conclusion because the condition upon which all these blessings are given is provided unconditionally.

Christ did not die for any upon condition, if they do believe; but he died for all God’s elect, that they should believe, and believing have eternal life … [thus] Salvation, indeed, is bestowed conditionally; but faith, which is the condition, is absolutely procured. (Book II, chap 5 emphasis added)

Although Owen will talk of faith being the means and the condition of salvation, he ends up arguing that limited atonement logically removes the need for faith.

For so we affirm, in this very business: Christ procured salvation for us, to be bestowed conditionally, if we do believe; but faith itself, that he hath absolutely procured, without prescribing of any condition. Whence we affirm, that the purchasing of salvation for us is equivalent to what it would have been if it had been so purchased as to have been absolutely bestowed (Bk III, chap 2 emphasis added)

Now, whether this argument; that God bestows faith unconditionally to the elect in such a way that it is logically equivalent to not requiring faith as a condition at all; does justice to the repeated and undeniable emphasis God places on the need to believe throughout the Scriptures, let the reader judge.

Note: This post originally appeared on DeadHeroesDontSave.com – the article can be accessed here and comments can be added on that page.