It’s the St. Crescentius Day edition of the Friday Files, your weekly reminder SEA has had a website for years. Going back years. Not decades yet, but give us time. (Although if our Lord could speed up his return just a bit, that’d be nice. Looking forward to when he personally demonstrates how sovereignty really works.)

The views expressed in the articles aren’t always those of SEA and its members. Nor are K.W. Leslie’s summaries. But y’might find them of interest nonetheless. SEA member names are in blue. 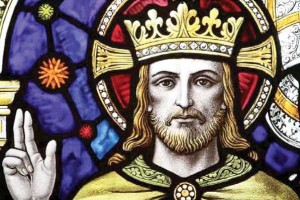 “Are the sovereignty of God and free will incompatible?”
Evan Minton, posted 26 March 2014. God is not such a weak being that he has to resort to micromanagement. He is instead a macro-manager.
Read Post →

James White vs. Austin Fischer
6 March 2014. A conversation (or a friendly debate) between a Calvinist and former Calvinist. Fischer’s the author of Young, Restless, and No Longer Reformed.
Hear Audio at Alpha & Omega Ministries →

Young, Restless, and No Longer Reformed.
Read Book at Amazon →

“Great conversation between Austin Fischer and James White.”
David Martinez, 28 March 2014. Plus five points White made, common to Calvinist critiques of Arminians, which have faulty logic at their core.
Read Post →

Wesleyana, or A Complete System of Wesleyan Theology; Selected from the Writings of the Rev. John Wesley, A.M., and So Arranged to Form a Miniature Body of Divinity.
John Wesley, edited by William Carpenter, 1840. A small systematic theology based on Wesley’s writings, plus a useful bibliography of Second Great Awakening writings.
Read PDF → 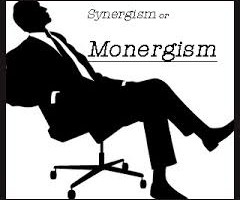 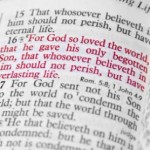 “Daily scripture commentary: Galatians 3:1-6.”
James M. Leonard, 5 April 2014. Didn’t God give us his Spirit because we heard and believed?—as opposed to the Calvinist view.
Read Post →

Did that wet your whistle? There’s more!

If the Friday Files got you interested in reading more about Arminianism and related issues, you can of course delve further into SEA’s archives—or you can see the latest things SEA members have written on their blogs. There’s lots of material. We write a lot.

In fact if you want to keep up with our content daily, hook up with a feedreader or news aggregator. Like Feeder, Feedreader, Feedly, G2Reader, Inoreader, NewsBlur, and The Old Reader. Your browser may even have a feedreader plugin. Get the RSS or Atom feeds from these sites, plug their addresses in your feedreader, and never be short of reading material.