Home Arminian Heritage The Awakening of the Free Will Baptists A Book Review by J. Matthew Pinson 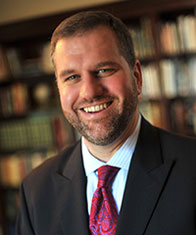 The Awakening of the Free Will Baptists

In Scott Bryant’s The Awakening of the Freewill Baptists: Benjamin Randall and the Founding of an American Religious Tradition, we have the first-ever critical biography of Benjamin Randall. Randall was the principal founder of the northern Free Baptists (originally called Freewill Baptists), an Arminian denomination that arose in the late eighteenth century, grew explosively in the nineteenth, and then went out of existence in 1911 when it merged with the Northern Baptist Convention. Here Bryant carefully yet sympathetically chronicles Randall’s life and ministry.

The introductory chapters of the book should be read by people interested in American religious history, even if they have no interest in the Free Baptists. These chapters describe the context of the founding of the Free Baptist movement in the complex milieu of Baptist life in the middle- to late-eighteenth century. Bryant then painstakingly recounts Benjamin Randall’s conversion, early ministry, and role in the founding of the northern Freewill Baptists. He concludes the book by discussing the theology of Randall and his early cohorts, as well as the legacy of Randall and his faith and practice for the movement he organized. Bryant’s basic thesis, which he argues masterfully, is that the northern Free Baptists, as exemplified by Randall, served as a bridge movement between the first and second Great Awakenings. Randall was converted after hearing of the death of George Whitefield, whose itinerant revival ministry in many ways set the tone for Randall’s ministry. Of course, the primary difference between Randall and his New England religious counterparts was his brand of Arminianism. This theological distinction is therefore the most important part of Bryant’s narrative.

Bryant breaks new ground in his discussion of Randall’s personal doctrinal development. He believes that Randall was never a Calvinist and cites Randall’s statement that he never knew anything about Calvin’s doctrine of election. Bryant is convincing in showing that Randall did not go through a Calvinist phase, as some historians (including myself) have concluded. Bryant paints Randall as theologically naïve when he first began preaching: “Randall wrongly assumed that he was theologically in line with his Baptist peers. He recounted, ‘As the doctrine of Calvin had not been in dispute among us, I had not considered whether I believed it or not’” (83). When asked on one occasion early in his ministry why he did not preach Calvinist doctrine, Randall responded plainly, “Because I do not believe it” (83). Previous historians have concluded that, because Randall moved from the Congregational Church and became a Regular Baptist that he had, during all that period, accepted the Calvinist theology of those two denominations. Yet Bryant succeeds in showing that Randall never saw himself as a high Calvinist.

Bryant’s portrayal of the Arminianism of Randall and his colleagues, while accurate on the whole, fails to delve into the nuances of Arminian thought in the seventeenth and eighteenth centuries. He discusses only the doctrines all Arminians have in common (universal atonement, predestination conditioned on God’s foreknowledge, the resistibility of divine calling and grace, and the possibility of apostatizing from the faith). Thus he obscures important features of Randall’s Arminianism that are closer to Wesleyan thought than to the views of the General Baptists, which were similar to the Dutch Reformed theologian Jacobus Arminius.

Another subplot of the theme is the more-complex church government Randall instituted. That polity vested more power in the hands of conferences, known as quarterly meetings (local conferences), yearly meetings (regional conferences), and the General Conference than was typical of the Regular or Separate Baptists, while ensuring the self-government of local congregations. (Ironically, the same was true of the other Arminian Baptists in eighteenth-century America, those General Baptists whose forebears had migrated from England in the late seventeenth century—who in the South soon became known as Free Will Baptists).

Yet the most interesting and provocative of Bryant’s subplots is his treatment of Randall’s experientialism. Bryant shows that, early on, Randall rooted his Arminian theological views in a supernatural vision he said he experienced when he was converted. Bryant notes that Randall’s original church covenant that he wrote for his first church in New Durham, New Hampshire, emphasized “the power of the Holy Spirit to teach and lead the congregation.” Bryant argues that this view was different from that of the Calvinist Baptists, who did not allow “for the possibility of the Holy Spirit leading outside of what is already established in Scripture.” Thus Bryant infers that Randall made his own experience a source of revelation or theological truth alongside Scripture.

However, this inference is doubtful, as is evidenced by Randall’s statement in his church covenant: “We promise to practice all the commands of and the ordinances of the New Testament of our Lord and Savior Jesus Christ, so far as they are or shall be made known unto us by the light of the Holy Spirit of truth, without which, we are sensible, we cannot attain to the true knowledge thereof.” Bryant attempts to contrast Randall’s view with the Calvinistic Second London Confession (1689), which said, “The whole Councel of God concerning all things necessary for his own Glory, Mans Salvation, Faith and Life, is either expressly set down or necessarily contained in the Holy Scripture; unto which nothing at any time is to be added, whether by new Revelation of the Spirit, or traditions of men.” However, there is nothing in Randall’s covenant that suggests that he believed in new revelation. The “light of the Spirit” of which he spoke is, as all the Free Baptists of the North taught, the Spirit speaking in Scripture.

Doubtless, Randall and some of his early followers in the north did place more emphasis on mystical experience, such as Randall’s own cornfield experience, second works of grace, and other supernatural phenomena that would embarrass later more rationalistic Free Baptists in the mid- to late-nineteenth century. However, they stopped short of asserting that private experience is on par with Scripture.

Still, the differences between Randall and the southern Free Will Baptists concerning experientialism are striking. The southern Free Will Baptists, who originated in the Carolinas from the English General Baptists a century earlier, about whom Randall knew nothing, were the object of prosyletizing efforts from the Calvinistic Philadelphia Association of Baptists (their Philadelphia Confession was a slight revision of the Second London Confession). One of the chief criticisms of the eighteenth-century New Light Calvinist Baptists regarding the General Baptists (later dubbed “Free Will Baptists”) in Carolina was that the latter were not experiential enough! Whereas the New Lights required, as a prerequisite for baptism, a long, drawn-out, and in many cases highly emotional rehearsal of an “experience of grace”—how one came to be converted—the General Baptists required a simple confession of repentance and faith. The Calvinist Baptists criticized them for being spiritually cold and not requiring an experiential account of conversion.

John G. Crowley, in Primitive Baptists of the Wiregrass South (University Press of Florida, 1999), explains that it was commonplace for the Calvinistic Separate Baptists to require, before baptism, an experience of grace consisting of dramatic visions and dreams. This is precisely what Bryant describes of Randall, which would have been expected, given Randall’s context as being a part of the Separate Baptist milieu in New England. But the lack of an experiential approach to conversion is precisely what the Philadelphia Association Baptists criticized the southern Free Will Baptists for, accusing them and even their ministers of being unconverted. However, later southern Free Will Baptist leaders such as R. K. Hearn defended their practice, arguing that such an approach to conversion was not warranted in the New Testament and was not apostolic in origin.

Yet this understanding of experientialism in Randall also dislodges Bryant’s notion of Randall’s experientialism as somehow being radically different in character from the Calvinistic Baptists of his day. On the contrary, Randall’s vision was commonplace among the Calvinistic Separates, even though his southern General Baptist counterparts would hear nothing of it. Indeed, after the Philadelphia Association prosyletized some of the General Baptist ministers in the 1750s and they founded the Kehukee Association, that new association immediately adopted the Second London Confession as their official confession of faith, all the while attacking the Free Will Baptists for not believing in experiential phenomena as a requirement for baptism.

When Elias Hutchins, a Randall Freewill Baptist, traveled among some of the southern Free Will Baptists in the 1830s, he sold them some hymnals, and one of the hymns spoke positively of New Light revivalism. R. K. Hearn, the leading minister and historian of the North Carolina Free Will Baptists in the nineteenth century, stated, “The hymn, which commends all New Lights . . . was read by the purchasers with grief and almost indignant astonishment.”

Continuing to explain Randall’s theological pilgrimage, Bryant shows that Randall shared his Arminian views with other Baptist ministers at the time, such as Edward Lock and Tosier Lord, who participated in Randall’s ordination service. Thus, Bryant concludes, Randall was not the sole founder of the Freewill Baptist movement in New England. Randall began to be persecuted for his Arminian theology because it was so rare in New England in his day. He began to doubt his theological convictions. Then, Bryant recounts, Randall had what later became known as his “cornfield experience.” “Prior to this mystical experience Randall had difficulty reconciling the passages of the opponents with his own theology,” Bryant explains. “Randall then experienced a revelation that enlightened him on how the passages of the opponents could in fact be consistent with his own personal theology. The spiritual authority of this trance-like experience did not supercede that of the scriptures, but it did enable him to reconcile his theology with the scripture. Even a spiritual revelation directly from God in the form of his vision could not keep Randall from recognizing the authority of the scriptures as the rule for faith and practice of the Christian tradition” (95-96).

Despite the book’s many strengths, its most misleading element arises not from its subject matter per se, but in the author’s failure to root his topic in the ongoing history of Free Will Baptists in America. As a result of the book and its subtitle, as well as its preface, authored by the eminent historian William H. Brackney, the reader is left with the impression that Randall is the founder of the Free Will Baptist movement in America which exists to this day. In reality, the movement Randall founded merged with the Northern Baptist Convention in 1911, motivated by leaders such as Alfred Williams Anthony who were strongly influenced by the theological liberalism, social gospel, and ecumenism of the era. A small remnant in the Midwest and Southwest refused to go along with the merger, only later to merge with the Free Will Baptist General Conference in the South.

The origins of the General Conference in the South, however, are distinct from those of the Randall movement. The southern movement originated with English General Baptists who had migrated to the American colonies in the seventeenth century. This movement is often referred to as the Palmer movement, after the early eighteenth-century North Carolina General Baptist minister Paul Palmer. In the nineteenth century, pockets of Separate and Regular Baptists in the South became Arminian and identified with the Palmer movement. In 1935, the General Conference of the South merged with the smaller Cooperative General Association in the Midwest and Southwest, which included Palmer elements as well as remnants of the Randall movement.

Despite these few misunderstandings, Bryant’s biographical account is a model of careful scholarship and is must-reading for historians of the transatlantic Baptist movement. Yet it is also a book that needs to be read by those interested in the developing history of evangelicalism in North America in the context of the religious awakenings of the eighteenth and nineteenth centuries.