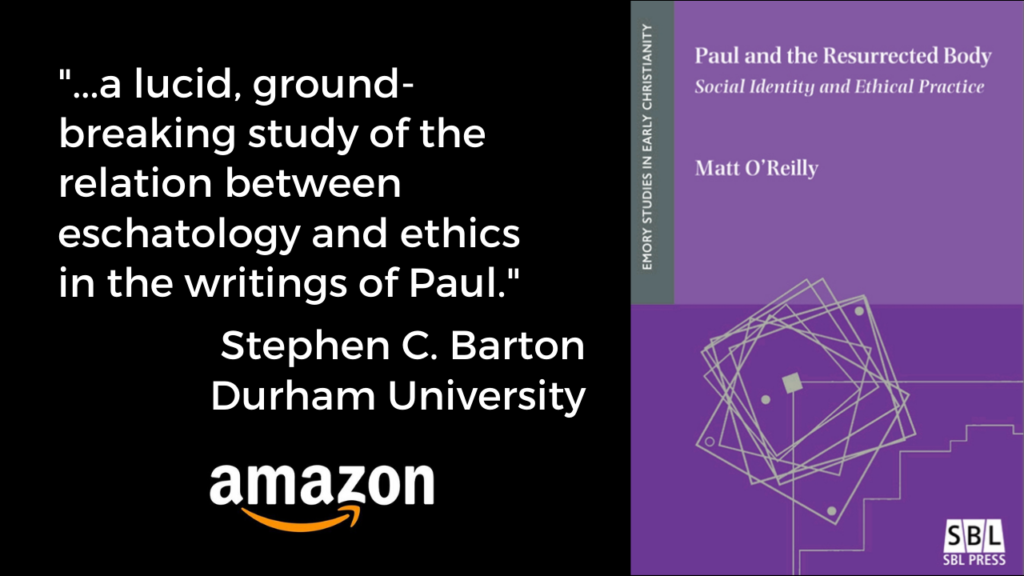 Praise for Paul and the Resurrected Body:

In this work, Matt O’Reilly offers a lucid, ground-breaking study of the relation between eschatology and ethics in the writings of Paul…. O’Reilly argues convincingly for the various ways in which Paul’s resurrection doctrine in its rhetorical expression is intended to shape not only the identity of the individual but, even more, the social identity of members of the various Pauline churches.

A new reading of Pauline theology, ethics, and eschatology grounded in social-identity theory and sociorhetorical criticism

Readers often think of Paul’s attitude toward the resurrection of the body in individual terms: a single body raised as the climax of an individual’s salvation. In Paul and the Resurrected Body: Social Identity and Ethical Practice, Matt O’Reilly makes the case that, for Paul, the social dimension of future bodily resurrection is just as important, if not more so. Through a close reading of key texts in the letters to the Corinthians, Romans, and Philippians, O’Reilly argues that resurrection is integral to Paul’s understanding of Christian social identity. In Paul’s theological reasoning, a believer’s hope for the future depends on being identified as part of the people of God who will be resurrected.

Matt O’Reilly (PhD, Gloucestershire) is Lead Pastor of Hope Hull United Methodist Church near Montgomery, Alabama. He is the author of Paul and the Resurrected Body: Social Identity and Ethical Practice and The Letters to the Thessalonians.