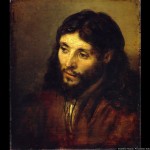 Gentle and Humble in Heart

As they approached Jerusalem and came to Bethphage on the Mount of Olives, Jesus sent two disciples, saying to them, “Go to the village ahead of you, and at once you will find a donkey tied there, with her colt by her. Untie them and bring them to me. If anyone says anything to you, say that the Lord needs them, and he will send them right away.”
This took place to fulfill what was spoken through the prophet:
“Say to Daughter Zion,
‘See, your king comes to you,
gentle and riding on a donkey,
and on a colt, the foal of a donkey’” Matt 21:1-5.

As we reflect on Holy Week, we find genuine humility embodied in the Lord Jesus Christ. He comes to Jerusalem gently, refusing to ride on a conqueror’s horse. This is in keeping with his great invitation whereby he extends his arms and invites everyone whosoever to come to him for rest, everyone who is wearied and heavy laden. The genuine offer of rest is extended to every soul afflicted with the curse of the fall. The humility and the genuineness of the offer is revisited and reinforced in the Lord’s lament as he cries, “Jerusalem, Jerusalem… how often I have longed to gather your children together, as a hen gathers her chicks under her wings, and you were not willing.”

Calvinists, keen to defend an ungracious irresistible grace, are prone to deny such gentleness, or at least to make it a pretense. For them, the great invitation is offered to the few who cannot refuse it, and it comes without the vulnerability genuinely displayed by the gentle Christ. Calvinists mock at the imagery, but it is a vulnerable Christ who knocks on the door that lacks an exterior handle, one who speaks, but one who in fact can be refused (see Heb 12:25).

Meekness and majesty, not a pretended meekness, but a genuine meekness so that the majesty is so much the greater—This is your God.