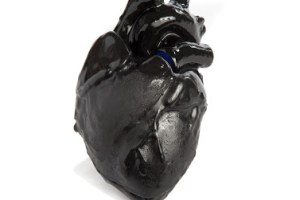 The following 10 quotes come from different authors surrounding the doctrine of total depravity. Their order has been randomly generated, so read to the end to find out the author and their respective soteriological standing!…

I. As divines and philosophers are often compelled, on account of a penury of words, to distinguish those which are synonymous, and to receive others in a stricter or more ample signification than their nature and etymology will allow; so in this matter of actual sin, although the term applies also to the first sin of Adam, yet, for the sake of a more accurate distinction, they commonly take it for that sin which man commits, through the corruption of his nature, from the time where he knows how to use reason; and they define it thus: “Something thought, spoken or done against the law of God; or the omission of something which has been commanded by that law to be thought, spoken or done.” Or, with more brevity, “Sin is the transgression of the law;” which St. John has explained in this compound word anomia “anomy.” (1 John iii, 4.) 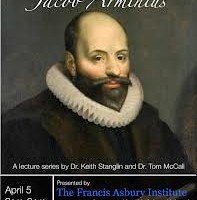 This is the fourth video in a fantastic series of lectures by Dr. Keith Stanglin and Dr. Thomas McCall on who Jacob Arminius was, and what he believed. McCall and Stranglin wrote the book Jacob…

Arminius on What the First Sin Produced written by SEA member, Roy Ingle What were the results of Adam’s transgression against God? Arminius answers thus: The proper and immediate effect of this sin was the…

I just finished Dr. Olson’s book Against Calvinism (It is really difficult to find time to read when you have a one year old). In appendix 1, Dr. Olson goes over several attempts by Calvinists to protect God’s character despite their theology. One particular argument caught my eye: the use of middle knowledge.
Roger Olson explains:

Molinism… is the belief that God possesses “middle knowledge” — knowledge of what any creature would do freely in any possible set of circumstances. The creature may possess libertarian freedom — freedom not compatible with determinism and able to do other than it does — but God knows what he or she wold do with that ability in an conceivable situation. [Roger Olson, Against Calvinism, (Grand Rapids, Michigan: Zondervan, 2011), 184]

Calvinism teaches that: “God from all eternity, did, by the most wise and holy counsel of His own will, freely, and unchangeable ordain whatsoever comes to pass.” (Westminster Confession of Faith, Ch. 3:1) It doesn’t…

John Wesley, The Doctrine of Original Sin according to Scripture, Reason, and Experience in Answer to Dr. Taylor (1817)

This post is an excerpt from the book review of Death of Death in the Death of Christ. There are several passages of the word of God that teach that Christ died for those that…

BIBLICAL CONCEPTS OF SIN From the Wesleyan Theological Journal KENNETH KINGHORN, Ph.D. There is no precise biblical definition of sin. The Bible is concerned more with the remedy for sin than with a definition of…