Originally posted on Arminian Theology, where comments can be made. This week’s feedback comes in response to the post If Christ Died For All, And All Are Not Saved, Did Christ Die In Vain? This… 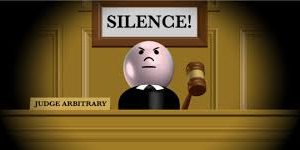 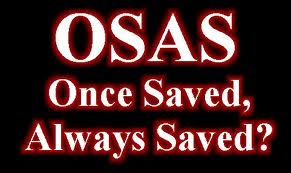 Note: It should be obvious from the content of the post, but the version of OSAS that I am arguing against in this post is what has been termed by some as the ‘Alpha View’….

Often cited as a proof text for the doctrine of Total Inability is Jeremiah 13:23, which reads, Jeremiah 13:23 “Can the Ethiopian change his skin or the leopard his spots? Then also you can do…

“The contemporary idea today is that there’s some residual good left in the sinner. As this progression came from Pelagianism to Semi-Pelagianism, and then came down to some contemporary Arminianism, maybe got defined a little more carefully by Wesley, who was a sort of, ah, um, messed up Calvinist, because Wesley wanted to give all the glory to God, but as you well know, but he wanted to find in man some place where man could initiate salvation on his own will… So that the sinner, un-aided by the Holy Spirit, must make the first move. That’s essentially Arminian theology: The sinner, un-aided, must make the first move.”(Bold Emphasis mine)1

Do Arminians believe in the sovereignty of God? If one has only ever read Calvinistic books, the answer would seem to be a no-brainer, for according to most Calvinists, an Arminian is by definition someone who denies God’s sovereignty. For example, notable Calvinist exponent Edwin H. Palmer (1922 – 1980) explicitly declared that “the Arminian denies the sovereignty of God”.1

Funny though it may seem, there are even those who reject the tenets of Calvinism, yet try and take a middle road between Calvinism and Arminianism. These so-called ‘non-Calvinists’ are usually known by the maxim, “I am neither a Calvinist nor an Arminian, but simply a Bible-believer.” I should know; I used to be one.

“Christian theology teaches the doctrine of prevenient grace, which briefly stated means this, that before a man can seek God, God must first have sought the man. “Before a sinful man can think a right…

Calvinism teaches that: “God from all eternity, did, by the most wise and holy counsel of His own will, freely, and unchangeable ordain whatsoever comes to pass.” (Westminster Confession of Faith, Ch. 3:1) It doesn’t…

“Good sense makes one slow to anger, and it is his glory to overlook an offense.” (Prov. 19:11; ESV) “This is certain that the better a man knows the truth, the less is he inclined…