One of Jesus’ best known parables is the story of “The Prodigal Son” (Luke 15:11-32). The parable is particularly relevant to Arminian theology. It shows the extent of freedom that God gives to his children….

This is a favorite rhetorical jab of many Calvinists, but is in fact one of the more obvious fallacies they often employ. The logic behind it is simple and can be summed up with the statement:

“If Christ’s death saves, and Christ died for everyone, then everyone would be saved.”

Problems with this logic

Turns out the simplicity of the argument is its weakness, because it masks a hidden difference in underlying assumptions. The critical distinction lies in the first part of the sentence, “…Christ’s death saves….”

The differences in viewpoint on atonement

Some good comments from Calvinist Michael Bird, admitting that Calvinism (not just Arminianism) involves synergism (in the context of talking about Universalism): Calvinists like to tout themselves as holding to a form of monergism whereby…

I mentioned recently that Arminians and Calvinists are not enemies (even though there are people in both camps who at times disagree — or at least behave as though they disagree — with this statement)….

The LORD said to Moses, “When you return to Egypt, see that you perform before Pharaoh all the wonders I have given you the power to do. But I will harden his heart so that…

“Of course, this raises the question, why does their God save a person to damn him? Why not simply leave him in his unsaved state?” – Steve Hays, ‘Tender Mercies‘

To get a better view of this fallacy, let’s examine the author’s argument more fully from the analogy he gives:

Here are two books to be on the lookout for this year: Roger Olson, Against Calvinism is scheduled to come out in October of this year (2011). There is no information available yet at the…

There is a connection between the Understanding of God and His Will that is overlooked or neglected by those who hold to a two wills in God theory. In this post we will discover what Arminius believed about God’s Knowledge or Understanding, and its relation to the one Will of God, with its various distinctives.

THE UNDERSTANDING OF GOD

Theological fatalists posit that God’s foreknowledge of future events mean that it is not possible for anything other than what happens to happen. Since God knows every event that will happen, then aren’t those events…

“Good sense makes one slow to anger, and it is his glory to overlook an offense.” (Prov. 19:11; ESV) “This is certain that the better a man knows the truth, the less is he inclined… 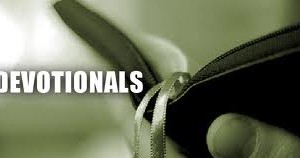 We received a request for suggestions for daily devotionals that do not come from a Calvinist perspective. Here are some suggestions that our members have come up with: Oswald Chambers, My Utmost for His Highest…

The theology of Moises Amyraut (1596-1664) should not be overlooked, for the simple reason that Amyraldianism (sometimes referred to as four-point Calvinism) was another departure from or reformation of Classical Calvinism. Amyraut believed that he…

This document looks through some common quotes from the Church fathers that some Calvinists have used to attempt to argue that an embryonic Calvinism existed in their thoughts. Unsurprisingly enough, a little context seems to…

We have already said that in sin the act, or the cessation from action, and ‘the transgression of the law’ come under consideration: But the Efficiency of God about evil concerns both the act itself and its viciousness, and it does this whether we have regard to the beginning of sin, to its progress, or to its end and consummation.1

What Arminius is trying to avoid is the constructing of his exegetical theology which is free from charging or making God the author of sin. What does it mean to make God the author of sin? First, let us define sin. The Larger Catechism states that sin is “any want [lack] of conformity unto, or transgression of, any law of God, given as a rule to the reasonable creature.”2 This definition works as well as any other.

Click on the file that contains Pinson’s article originally published by INTEGRITY (vol. 4, 2008, 73-92). The article is posted here by the author’s permission. Pinson, writing for a Free Will Baptist audience, explains how…