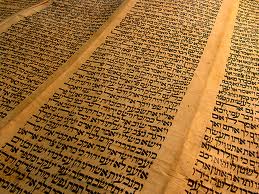 You may view this article either as a regular web page or as a pdf, which may also be downloaded. To view the article as a pdf file, click on the attachment below. To view…

“Why do you love me?” This question from the beloved strikes terror in the hearts of the unprepared lover, for the answer will be taken with more seriousness than the response to “what movie will we go to tonight?” This is because the answer also answers questions like “How much do you know me? Do you value the same personal qualities that I do? What are you after? What is it that you truly admire in a person, and what does that say about you? Have you been paying attention to the ‘deep me’ that determines what I reveal of myself?” Wise is the lover who has previously asked the beloved the question “Tell me about yourself!”, for in the beloved’s answer is the mine from which the lover digs out the answer to this most significant of “why” questions!

How does one define God? For both Arminians and Calvinists, God is defined by how he saves. Calvinists emphasize God’s sovereignty by way of his power and right to save and damn, while Arminians emphasize…

We just wanted to alert you to the fact that we now have Brian Abasciano’s doctoral dissertation available on our site: “Paul’s Use of the Old Testament in Romans 9:1-9: An Intertextual and Theological Exegesis”…

Jerry McCant’s Interpretation of Romans 5-8 is in response to a request to provide a Wesleyan view of Romans 6-8. He expands the scope to cover chapter 5, since he finds a close connection between…

Doug Wilson, Mark Talbot, and Sam Storms are three speakers at the upcoming Desiring God conference, and each answer the question, “Why was Calvin controversial?”

I’ll admit, I was stunned by these three interviews. I think that the problem is that they were each presented with a complex question, and simply shot from the hip. The result was quite astounding.

Doug Wilson posits: “Calvin is associated with so much controversy because he was a good man and a faithful servant.”

If you asked the current Watchtower, Mormon or Seventh Day Adventist leadership about why their cult leaders were controversial, would you expect them to answer differently?

Some problems with Calvinism based on the book, The Five Dilemmas of Calvinism by Calvinist Craig. R. Brown: First, the chapter on Responsibility emphasizes that God decrees everything, controls everything and is the primary cause…

(From the Euangelion blog. August 16,2009) According to Ben Witherington (Asbury Theological Seminary): Christ died for the sins of the world, and to ransom that world. 1 Tim. 2.4-5 puts the matter succinctly. God our…

The apostle Paul instructs us to render to all what is due them: honor to whom honor is due (Rom. 12:7). This day, October 19, 2009, we honor the life of Jacob Arminius, who died four hundred years ago. This third-generation Reformer was a gift to God’s Church ~ respected by many, even by his theological opponents. What follows is a little recorded history of the year prior to Arminius’s death, and testimonies concerning Arminius’s life, legacy and godliness.

First, a little history is in order. It would appear as though God, nine years before Arminius’s death, was preparing his successor, as He had done with Theodore Beza respecting John Calvin. Carl Bangs records:

Dr. Tim Pierce (pastor and professor) is doing an ongoing series about his journey out of Calvinism – what originally attracted him to it, and why he is no longer a Calvinist. ” Part 1, Part2, Part3

Pastor George Zeller writes about the danger of teaching that Christ died only for the elect.

I’m frustrated with how so many treat Arminianism today. Many Calvinists have so poisoned the well that most people have no idea what Arminianism is. When they enter the debate, they allow the likes of…

But, being rich with mercy, God, through His great love with which He has loved us though we were dead in trespasses, has made us alive with Christ (by grace you have been saved) The…

In Jack Cottrell’s article, Sovereignty and Free Will, he discusses the question: is there a logical incompatibility between the sovereignty of God and the free will of man? He points out that every detail may…

A favorite apologetic argument of Calvinists is that if Arminianism is true in regard to universal atonement (i.e., Jesus died for everyone, and not just for the elite few), then he has failed miserably. Here is…

Calvinist Justice Some time ago a Calvinist made a parody of the song “Amazing Grace,” called “Arminian grace,” where the Calvinist confuses Arminianism with Pelagianism. It can be found here. Here is an attempt to…

1 Cor 10:13 (ESV) says: “No temptation has overtaken you that is not common to man. God is faithful, and he will not let you be tempted beyond your ability, but with the temptation he will also provide the way of escape, that you may be able to endure it.”

All Arminius, all month! William Birch will be recognizing the work of Arminius on his blog Classical Arminianism. October 19, 2009 marks the 400th anniversary of the death of Jacob Arminius. Calvinist Joshua is becoming…

Along with them, we all once lived by the passions of our flesh, doing the desires of the body and of the mind. Like the rest of them, we were children of wrath. What do…